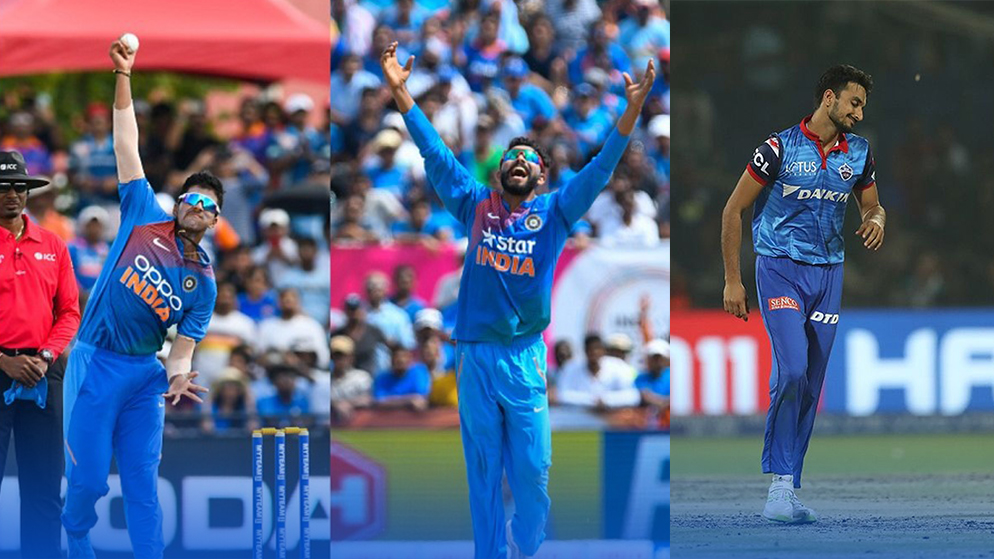 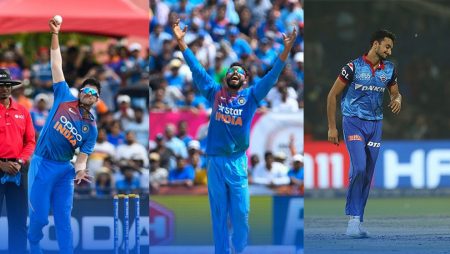 The old saying in cricket is that “Batsmen win you matches, but bowlers win you tournament”.

The Indian team has so many pace bowlers at the international level and in the IPL who has done well to keep themselves in contention for the T20 World Cup 2022 in Australia.

We will see some of the pacers who could represent India in the tournament based on their performance at all levels (including IPL).

The first player who comes on this list is J Bumrah. He is a sure-shot pacer in the team and one of the main members of the Indian team over the last few years, not in T20Is but in all formats.

He can bowl in the powerplay, in the middle overs, and in the death overs as well. Whenever captains need wickets, they throw the ball in J Bumrah’s hand and he will deliver so many times.

He is the leader of the bowling attack and will definitely play a key role in the tournament if India wants to win.

In the last few years, a few injuries keep him out of the game but still, he is a class bowler and he has so much experience in playing a high-pressure tournament.

He can swing the new ball and he is an outstanding death ball bowler. If he keeps himself fit, he will be one of the bowlers along with J Bumrah in the playing XI.

Right now, he is ahead of B Kumar when it comes to choosing only one of the two in the playing XI. He missed the last IPL due to injury, but he has done well for CSK over the last few years. He is one of the reasons for CSK’s success.

D Chahar can swing the new ball and bowled the most overs in the powerplay. The pacer took early wickets which dent the batting teams planning to go big in the end. (ICC T20 World Cup 2022)

If B Kumar is not in his rhythm, he will be the option team India will look for in the future.

We hope that he will recover from his injury soon and play some of the bilateral series so we can see how he is performing.

A gun bowler and a wicket-taker, M Shami will be one of the bowlers in the WC for India. M Shami has improved so much when it comes to death overs. He is a hit the deck kind of a bowler and hit those hard lengths where batsmen find it difficult to play.

The pacer has a sharp bouncer and is quick off the wicket as well. The grounds in Australia are big and he will enjoy bowling there.

If conditions allow, he will be one of the options teams India will look for in playing XI.

He has been a revelation in the last two years for RCB in the Indian Premier League (IPL). His ability to bowl slower balls and dipping yorkers makes life difficult for the batters. Those deliveries are hard to pick and he can be one of the bowlers in the death overs for India in WC 2022. In the last two years in the IPL, he has taken 51 wickets for RCB. In the IPL 2021, he equaled the record of being the highest wicket-taker in a single season with DJ Bravo.

He can bat as well which gives another dimension to the team.

The yorker specialist T Natarajan missed most of the cricket after playing all three formats on the Australia tour in 2021 due to injury.

He could be the partner of J Bumrah in the death overs. His ability to nail those yorkers help the team to restrict the team to score runs freely in the last few overs. Also, he brings variety to the bowling attack being a left-arm pacer.

The pace sensation U Malik delivers as per the expectations of the SRH franchise. They have shown faith in him by retaining him ahead of Rashid Khan and he didn’t disappoint. (ICC T20 World Cup 2022)

The team mostly used him as an enforcer and he took so many wickets in the middle overs. This is the role mostly given to the spinners in T20 cricket. He bowled fast and hurry the batsmen with his pace.

He is now picked for the 5-match T20I series against South Africa. We will see more of him in international cricket in the near future.

He can be one of the bowlers in the T20 WC 2022 if he does well consistently.

These are the few bowlers who can represent India in the T20 World Cup in Australia. There are some other fringe players in contention who have done well in the domestic circuit and in the IPL like P Krishna, Avesh Khan, and Arshdeep Singh, but right now, we have picked those players who had an impact on their teams.

You never know what will happen in the next 5 months,  we might see some new faces and one of the players maybe will have an outside chance as the WC comes.

We shall find out in a few months. Till then, keep reading the article and follow us for the latest sports-related updates.