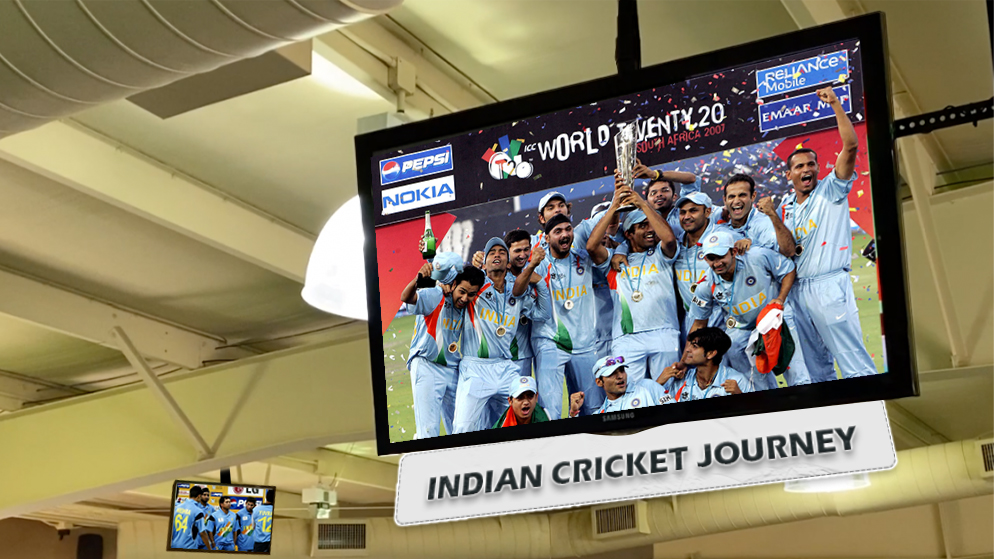 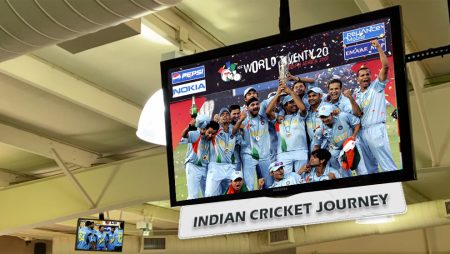 Indian cricket team suffered a setback in the year 2000 when people started losing confidence in the team. There was a huge match-fixing controversy going on in the nation. People even burned the posters of various cricketers.

Then Dada (Sourab Ganguly) took charge of the team along with John Wright as a head coach. They built a solid team and trusted the players. In 2001, India did something historical at Eden Gardens, Kolkata. VVS Laxman and Rahul Dravid played one of the finest innings in the history of test cricket, that is how the Cricket journey for India took off.

In 2002, the Indian cricket team was stable and the graph started to move upward. The Indian team started to win matches on foreign soil as well. In cricket, it is very difficult to beat a test-playing nation on their home soil. But under Dada, the Indian cricket team did that, who can forget that iconic moment when he took off his shirt after beating England in the NatWest series.

Indian cricket journey took a turn when they lost in the finals of the 2003 World Cup. Sachin Tendulkar received the man of the tournament award but they could not defeat the strongest team at that time, Australia.

Players on the individual level were doing great in 2004, Sehwag made 300, Sachin, Rahul, VVS, Zaheer Khan, Harbhajan, Anil Kumble were in great touch. Youngsters like Yuvraj Sigh and Kaif were emerging. But as a team, there were lots of issues under the coach Greg Chappell. 2005-06 was a very average year because of controversies.

In 2007 India lost the World Cup, they were favorites before it started and were knocked out at the group stage itself. MS Dhoni became captain for the first time after the World Cup in 2007.

Learning from the past

In 2007 after the World Cup was done, MS Dhoni was made captain for the first time. After undergoing all the hate and anger he grouped up his young team for the inaugural T20 World Cup. Who can forget that in the World Cup a young side achieved the impossible they won against mighty teams. 6 sixes of Yuvraj, the tie against Pakistan, Shreeshant’s spell against Australia, and the finals. It was like a new start for Indian Cricket.

Under MS Dhoni, India did really well with players like Rohit, Virat, Ashwin, and Jadeja getting opportunities. After doing well from 2008 to 2010, the Indian team was again considered the favorites for the 2011 World Cup. No team before 2011 was able to win the Cup on their home soil. MS Dhoni and the entire team were on a mission, that mission was to win the cup for Sachin, for their nation, and they did it. No one in the country can forget that night. Again in 2013, India managed to win the champions trophy.

Comparing the new team and the old team

New players were now on the team almost everyone who was on the 2000s team retired. King Kohli had made his mark and was all set to lead the team. The Indian team was very consistent and did perform well in every World cup.

They qualified for the knockouts in every ICC event from 2013 to 2019. Whether it may be the 2015 and 2019 World Cup, the champions trophy, or the T20 World Cup. The Indian team did really well but couldn’t manage to win the cup.

Following his defeat in the T20 world cup 2021, Virat Kohli decided to give up the captaincy. He was a great leader who led from the front. He took Indian cricket to the next level in terms of fitness. India managed to do really well in the tests. But now the new captain of the Indian team is Rohit Sharma and we all hope that India can win the World Cup under Rohit Sharma.

The Indian cricket team is one of the most successful and dominating cricketing teams in history. With a record number of winning matches and world cups, the Indian team has won the hearts of many spectators all over the world.

Who do you think is the best captain the Indian cricket team had? Why?

MS Dhoni successfully fulfilled his duty, now Virat and Rohit are carrying forward the mission launched by Sourabh Ganguly. Every captain shaped the team in such a way that even in their absence the team could go on. Every captain is different but they all want their team to win. In terms of record, MS is surely the best captain but the foundation which was led by Dada and the way Kohli took his team to a whole new level cannot be unseen.