How India can improve its ODI ranking? 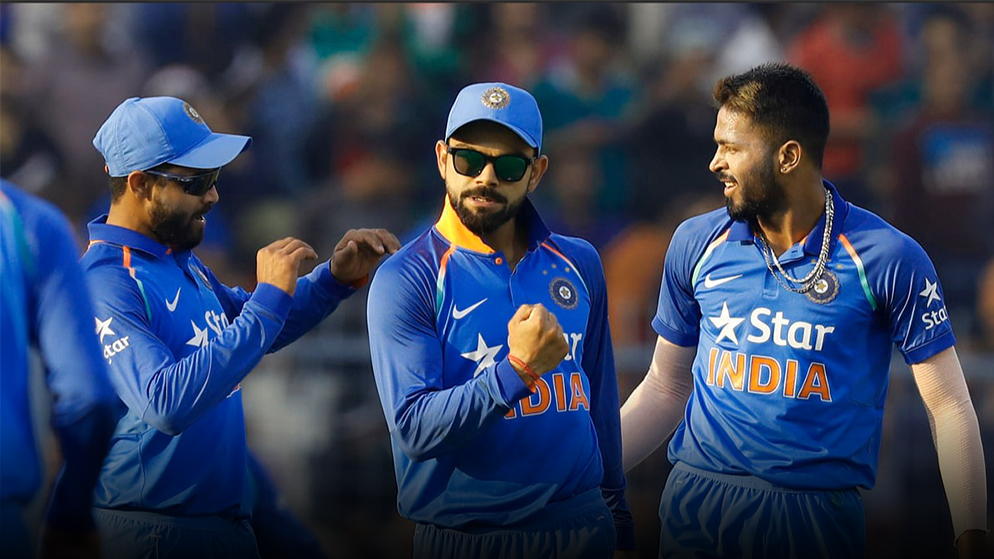 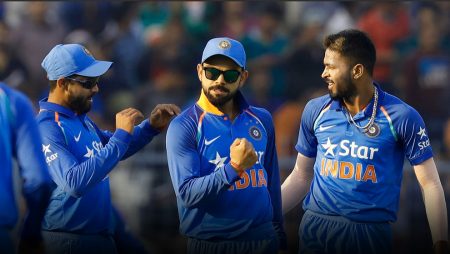 Indian Cricket ODI Ranking- Indian Cricket Team has slipped to No. 5 in the ICC Men’s ODI Team Ranking. After Pakistan won the three-match ODI series against West Indies (WI) at home, they moved one step ahead of India, at No. 4 with a rating of 106.

On the other hand, India is at No. 5 with a rating of 105. Although, the ranking system doesn’t affect much to the team as it changes from time to time. But the performance of India in the last few ODI series is not up to the mark.

India has a very good test team and has been doing well in the last few years in that format. But when it comes to limited-overs cricket, they are 50-50 in terms of performances.

In the recent last few ODIs, India played 9 ODI matches and has won 4 games and lost 5.

They won the three-match ODI series in Sri Lanka by 2-1. They lost the last game of the series by 3 wickets after getting all out on 225.

In the first game as well, they were in trouble while chasing 276 and on the brink of losing that game. Then comes D Chahar who played an exceptional knock of 69 off 82 balls and help the team to get over the line.

Performance against the Proteas:-

In the three-match ODI series against South Africa (SA) in South Africa, they lost the series by 3-0. They came close to winning the last game but fell 4 runs short while chasing 288.

In the first game, India was in a good position while bowling in the first inning, having taken 3 early wickets. But Captain T Bavuma and Rassie van der Dussen scored centuries and build a very good partnership to get them to a very good total. (Indian Cricket ODI Ranking)

When India came out to chase the target, they were going well with 138 for 1 with S Dhawan and V Kohli at the crease.

But after that partnership, they lost momentum and lose wickets at a regular interval. They lose by 31 runs.

In the second game, SA chased down the target of 288 with ease and the Indian bowlers didnt able to defend the target.

J Malan and Quinton de Kock gave them a perfect start. The latter went after the Indian bowlers from ball one. His partner was also playing well and made 91. SA won by 7 wickets.

After that series, India played an ODI series against WI at home. They won the three-match series by 3-0.

In that series as well, the batting was not up to the standard of the team as they struggle to put big runs on the board.

The wickets in that series were a bit bowler-friendly and WI bowlers exploited the conditions very well. The Indian bowlers were one step ahead of their counterparts. (Indian Cricket ODI Ranking)

All and all, the Indian ODI team is not performing up to their standard.

They haven’t played so much ODI cricket in the last few years as the main focus is on test cricket and T20 cricket. Especially, T20 cricket, as there are two back-to-back T20I WC in 2021 and 2022.

That is why Team India is playing more T20 cricket rather than ODI cricket to prepare for the World Cup. (Indian Cricket ODI Ranking)

What India will need to do to improve its ODI ranking?

Team India is set to play the ODI series against England along with the one-off Test and the T20I series.

India will need to win the upcoming ODI matches and the series to improve the ratings so that they can go up in the ODI Team Rankings.

There is not much ODI cricket this year for team India. And there is no relevance to ICC ODI Super League as far as Team India is concerned.

Because the 2023 ICC ODI WC will be held in India. So India is the host and is directly qualified for the World Cup.

But they will have to focus on ODI cricket just after the T20 WC in October-November this year.

ODI WC is less than 16 months away and Team India would want to rectify those mistakes they did in the 2019 WC Semi-Final against New Zealand (NZ).

The ODI WC is in India and they would love to repeat the heroics of the 2011 World Cup, which was the last time India won the ICC World Cup.

India has a very good team with the top 3 scores most of the runs in the batting department. They have a very good bowling lineup led by J Bumrah. And they have some quality spinner as well.

They just need to find the right balance in the team as soon as possible as there will be a shift of focus from T20 cricket to ODI cricket after the T20 WC.

India really wants to perform well and also would love to improve its rankings as well. They are a far better team than the ranking suggests.

Thank you for reading the article. Follow us for more sports-related updates