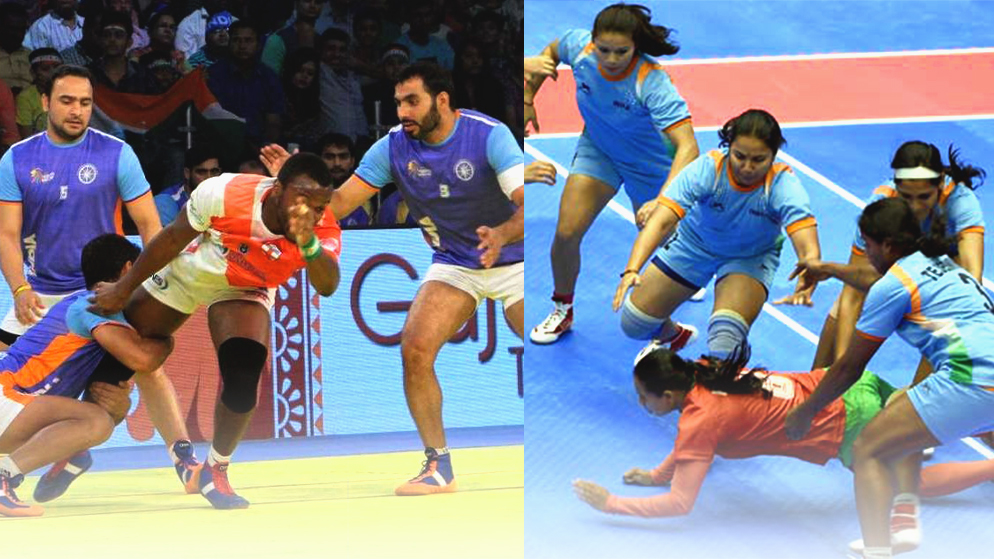 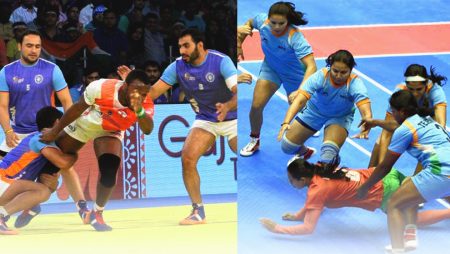 Kabaddi is a very well-liked game in India. It is the official sport of the states of Maharashtra, Punjab, Tamil Nadu, and Bihar. Further, it is the national sport of Bangladesh and Nepal and is also very big in Iran. The game has its roots in India. Besides, the word Kabaddi comes from the Tamil word “ka-pidi” which means holding hands.

The game was first shown by India in the Asian Games of 1951 and again in 1982. Both Asian Games were held in New Delhi. Further, the game got the world’s attention after the 1980 Asian Kabaddi Championship.

It is a well-known fact that the game has its roots in India. However, not a lot of people know about the dominance of Indian Kabaddi. In fact, India is easily the best team in the world. It is first in the world rankings of the IKF (International Kabaddi Federation).

Some of the most well-known forms of Kabaddi in India are Sanjeevani, Amar, and Gaminee.

Further, India has been at the front in the making of Kabaddi. In fact, the game has developed as a standard sport here. Also, India is the reason for introducing Kabaddi on the world stage as well. In fact, in the 1936 Berlin Olympics, a team from Amravati traveled to Berlin. This is because they showcased the sport of Kabaddi on the world stage for the first time in Berlin Olympics.

Kabaddi was played at Asian Games as a sport in 1990 for the first time. Notably, the Beijing Asian Games of 1990 saw the start of a golden run for Indian Kabaddi. After all, the men’s kabaddi team that played for India at the Asian Games got a gold medal! Also, this was the main fact that led to the rise in demand for the game in India.

The following Asian Games only saw a further rise in India’s dominance in the game. In fact, India won gold medals at the next seven Asian Games in the sport! These were the Asian Games played at Hiroshima (1994), Bangkok (1998), Busan (2002), Doha (2006), Guangzhou (2010), and Incheon (2014). This was the men’s team dominating at the Asan Games as well as the Kabaddi World Cups.

The men’s team lost to Iran in the semi-final. What this meant was that for the first time since 1990, India was coming back without a gold medal. Naturally, it was a shock for all the players, and the fans.

Jakarta hosted all the matches of Kabaddi. India started their tourney against Bangladesh and won by 50-21 easily. Next, they won by 44-28 against Sri Lanka. They had an upset against South Korea as they lost that match by 24-23. However, the Indians bounced back to win by 49-30 against Thailand.

The stage was set. India faced Iran in the semis. However, they lost the game by 18-27. This also meant that they were knocked out of the Asian Games 2018. The entire Indian camp was in tears. The bronze medal was obviously not enough to console the players or the fans back home.

The women’s team began with a win against Japan by a 43-12 margin. Next up, they faced Thailand and again won by a 33-23 margin. The team faced Sri Lanka and Indonesia in the next two matches. They won both by 38-12 and 54-22 to finish with four wins in four games.

The women’s team won against Chinese Taipei in the semi-final by a 27-14 margin. Thus, they gt to their third final in a row! However, their luck ran out in the final. Much like the men’s team, the women;’s team lost to the Iranians as well. In a thrilling final, Iran Women’s team won by a 24-27 margin.