Does Bangladesh Have A Chance Against India- T20 World Cup 2022 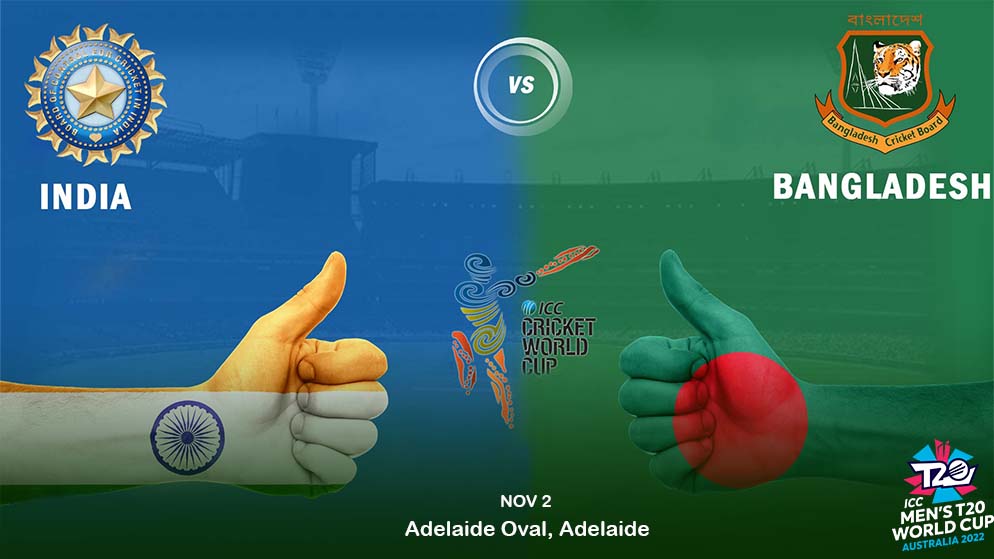 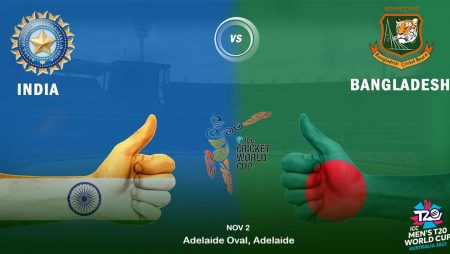 Bangladesh’s campaign in the ICC T20 World Cup 2022 couldn’t be better. They beat the Netherlands by 9 runs in their opening encounter of the super 12 stages.

The Netherlands won the toss and elected to bowl first. Bangladesh openers had a good start with 43 runs stand for the first wicket. But after that partnership, they lost 5 wickets in a span of just 33 runs.

Afif Hossain was the highest run scorer in the inning with 38 off 27 balls. M Hossain played a cameo of 20 off 12 balls. And Bangladesh put on 1 score of 144 on the board. Van Meekeren and Bas de Leede took two wickets each.

The Netherlands didn’t start well in the run chase. They had a very good chance of making an upset. But they lost 4 wickets for just 15 runs.

C Ackermann and S Edwards steady the ship for the team and stitched a 44 runs stand for the 5th wicket. But that was the only real partnership in the inning.

In the end, the Netherlands came close to a target. But couldn’t cross the line. Paul van Meekeran scored 24 off 14 balls. T Ahmed was the man of the match for his 4 for 25.

Team India, on the other hand, also came with a win against Pakistan in their opening encounter against Pakistan. V Kohli played an outstanding inning of 82 off 53 balls when the target was impossible to achieve.

India won the toss and elected to field first. Arshdeep Singh got B Azam on his very first ball. And M Rizwan in his next over.

I Ahmed and S Masood got the team out of the jail and the pair made 76 runs stand for the 3rd wicket. But after that partnership, Pakistan lost a few wickets in a span of a few runs.

In the end, Pakistan manages to score 159 runs on the board. It was a good total considering Pakistan’s bowling and the conditions at the MCG.

When India came out to chase the target, they lost their openers cheaply.

At one stage, India was 31 for 4 and the target looks more difficult at that time.

V Kohli and H Pandya put on a 113-run match-winning stand for the team. V Kohli goes hard in the end when Team India needs 28 off 8 balls. He hit H Rauf for two sixes on the last two balls of the penultimate over.

In the last over as well, he kept his cool and India won the game on the final ball.

India and Bangladesh will lock horns on November 02

Now, India and Bangladesh will play against each other in the super 12 stages of the ICC T20 World Cup 2022. They will play on November 02 at Adelaide Oval, Adelaide.

Both teams have won their first games against Pakistan and Netherlands. Now it will be interesting to see who will come out on top on November 02.

Head to Head in a World Cup- India vs Bangladesh

India and Bangladesh played against each other 3 times in an ICC T20 World Cup. India has won all three encounters. The recent one was a famous win in the 2016 ICC T20 World Cup when MS Dhoni runs out the batter on the last ball.

Does Bangladesh have a winning chance against India?

India is a very strong team compared to Bangladesh. It will be difficult for Bangladesh to beat India. But on a given day, anyone can beat anyone. Especially in this format. And Bangladesh is a much improves team in the last couple of years.