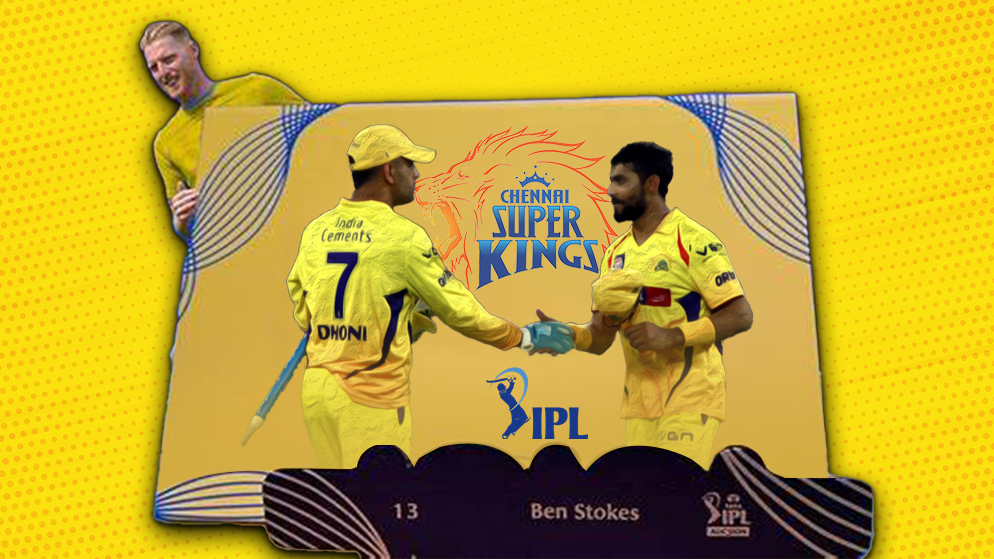 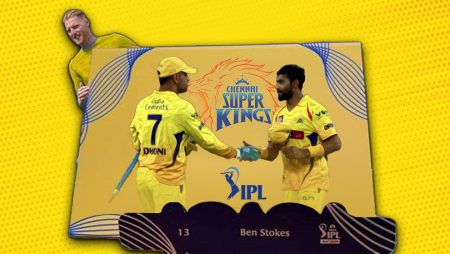 The bid starts with the base price of 2 crores with Rajasthan Royals (RR) starting along with Royal Challengers Bangalore (RCB). Two franchise has gone on to the 6.75 crore price when LSG (Lucknow Super Giants) joins the party.

Sunrisers Hyderabad (SRH) also bids for Ben Stokes for 7.75 crores. It was LSG and SRH for the large part of the bid. But CSK joins the bid with 15.25 crore. In the end, CSK wins the bid against LSG and signed Ben Stokes for 16.25 crore.

With R Jadeja already in the squad, we will now see two of the best all-rounders playing for one team in the IPL 2023. Now, the all-rounders tally in the CSK camp has been stronger with the two world-class all-rounders like Ben Stokes and R Jadeja playing for the franchise.

The team is looking solid with as many as 6 bowling options in the playing XI. And the batting is also gone up to No. 9 with D Chahar can bat as well.

CSK’s four foreigners we have picked would be Ben Stokes, M Ali, D Conway, and M Theekshana. M Ali has has success in the last IPL season as well with his all-rounder ability.

D Conway is one of the consistent batters at the top in the world right now in all formats. M Theekshana’s mystery will trouble the opposition batters and we all know what Ben Stokes can do with the bat and ball.

With B Stokes coming in, CSK looks more solid

Ben Stokes is a born leader and a world-class all-rounder. Recently, he won the ICC T20 World Cup 2022 final for England with his knock of 52 off 49 balls with 5 fours and a six.

England beat Pakistan in the final of the T20 WC 2022 by chasing down a target of 138. Pakistan batted first and was restricted to 137 for 8 in their 20 overs. B Azam and S Masood played a knock of 32 and 38 respectively.

England starts off quickly but at one stage, they were 45 for 3. Then, Ben Stokes holds up one end with some contributions from H Brook and M Ali.

England chased down a target of 138 with one over and 5 wickets left. Ben Stokes remained not out on 52 off 49 balls and got the team home. England won their first-ever T20 World Cup.

Have a look at Ben Stokes’ stats in the IPL:-

He has scored 2 fifties with the highest score of 62 not out.

Other than Ben Stokes, C Green and S Curran also got a big amount in the IPL 2023 auction. The Aussie all-rounder C Green was sold to Mumbai Indians (MI) for 17.50 crore and the English all-rounder was sold to Punjab Kings (PBKS) for 18.50 crore. The latter becomes the most expensive buy in the Indian Premier League (IPL) history.

With two of the best all-rounders Ben Stokes and R Jadeja having played for the same team, the CSK franchise will be interesting to see in this IPL 2023.

What do you think about this one? Who is the best all-rounder in the world? Drop your comment below.