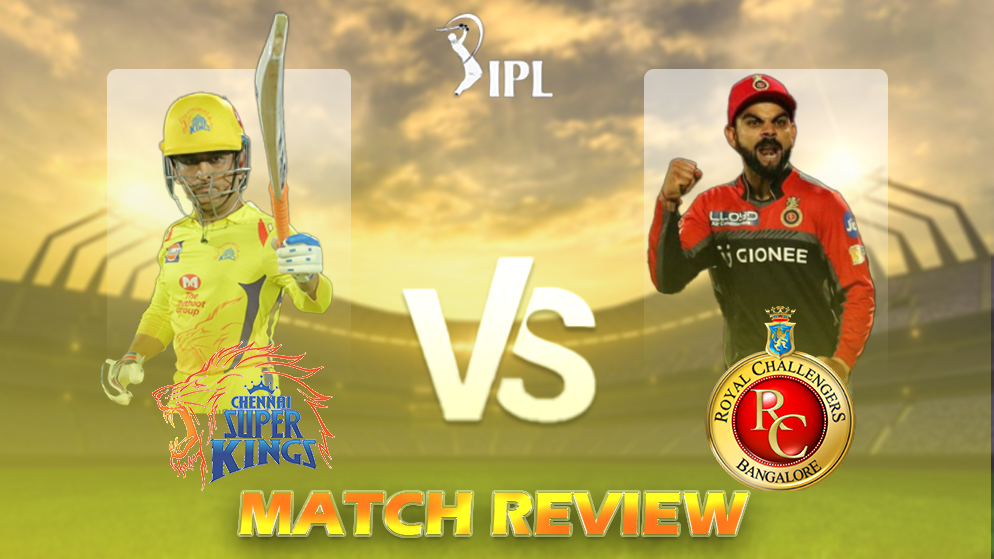 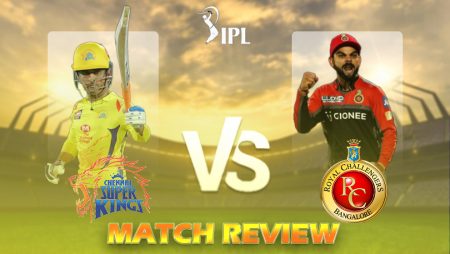 RCB won the toss and elected to field first. CSK openers started slowly with only 15 runs in the first three overs. They lost R Gaikwad in the 4th over off J Hazelwood and his poor form with the bat in the IPL 2022 continues.

After the powerplay, the mix-up between R Uthappa and M Ali cost the wicket of the latter. S Dube joins R Uthappa and they steady the ship for RCB.

R Uthappa and S Dube started to build the partnership and RCB were 60 for 2 at the halfway stage.

W Hasaranga came into the attack in the 11th over. And has gone for 13 runs in his first over with S Dube hit him for a six and a four.

G Maxwell came for his 3rd over in the 13th over and R Uthappa hit him for 3 sixes in that over. Both the batters reach their half-centuries in the 15th overs, which went for 15 runs by A Deep. (CSK vs RCB)

The pair completes the 100 runs stand in the 16th over. R Uthappa went after M Siraj in his last over and hit him for two sixes and a four.

A Deep’s last over went for 24 runs. W Hasaranga came for his 3rd over and got two wickets on the last two balls before getting hit by a six each by R Uthappa and S Dube. And the last over by J Hazelwood went for 15 runs which includes two sixes by S Dube. He scored 95* off 46 balls with 5 fours and 8 sixes. R Uthappa scored 88 off 50 balls with 4 fours and 9 sixes. CSK scored 216-4.

RCB didn’t start off well in the run chase. They lost two of their main players, V Kohli and Faf du Plessis inside 5 overs. That’s where the run chase becomes more difficult.

They lost another wicket on the last ball of the first powerplay, in A Rawat. M Theekshana got him out lbw and RCB were 42 for 4 in the first six overs.

G Maxwell played a small cameo of 26 of 11 balls with two fours and two sixes. But he was undone by R Jadeja’s straighter one in the 7th over.

S Ahmed and S Prabhudesai stitched a 60 run stand, which was broken by M Theekshana in the 13th over. He got S Prabhudesai bowled, who scored 34 off 18 balls with 5 fours and a six. He also got S Ahmed in his last over. S Ahmed made a well-crafted 41 off 27 balls with 4 fours.

The wicket continues to fall for RCB as R Jadeja gets two more wickets in the 16th over, in W Hasaranga and A Deep. D Karthik tried hard, with his 34 off 14 balls with 2 fours and 3 sixes. But it was not enough to keep RCB in the game. The ship was already sailed. (CSK vs RCB)

RCB scored 193 for 9 and lost the game by 23 runs. M Theekshana took 4 wickets for 33 runs in his 4 overs. R Jadeja also took 3 wickets for 39 runs. M Choudhary and DJ Bravo also managed to take one wicket each.

S Dube was adjudged Man of the Match for his 95 off 46 balls. It is the first one for CSK this season. Before that, they lost all 4 games this season.

CSK lost their first four games against KKR by 6 wickets, LSG by 6 wickets, PBKS by 54 runs, and SRH by 8 wickets. They won today against RCB by 23 runs.

RCB lost their first game against PBKS by 5 wickets, then went on to win against KKR by 3 wickets, MI by 7 wickets, and RR by 4 wickets. They lost today against CSK by 23 runs.

Head to Head (CSK vs RCB)

They faced each other 29 times out of which, CSK won 19 games and RCB won 9 games. One match ended without a result.

Currently, RCB is sitting at No. 5 with 3 wins in 5 games. Their next game is against Delhi Capitals (DC) on 16th April at Wankhede Stadium, Mumbai.

CSK, on the other hand, sitting at No. 9 with one win in 5 games. Their next game is against Gujrat Titans (GT) at Maharastra Cricket Association, Mumbai on 17th April.