CSK Can Replace Bravo With These Marquee Player – IPL 2023 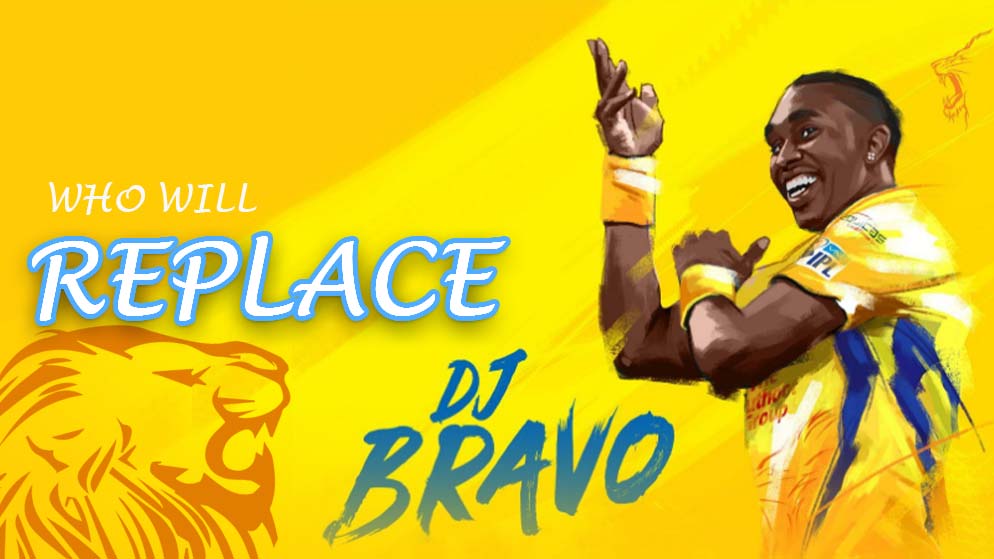 The Chennai Super Kings (CSK) is one of the most popular franchise league teams in the Indian Premier League. In IPL 2023, the evergreen MS Dhoni who helped scale the franchise to new heights will lead the team again.

However, Chennai Super Kings (CSK) released several players from their 2022 IPL squad during the retention window. Kochi will host the IPL 2023 Auctions on December 23

In preparation for the upcoming auctions, Chennai Super Kings released Dwayne Bravo, the player with the most wickets in the IPL. Despite retaining Dwaine Pretorius, Bravo would need a replacement.

Chennai Super Kings have retained their core of MS Dhoni, Ravindra Jadeja, and Moeen Ali. Again, they will look to fill any gaps in their squad during the IPL 2023 auction. In this article, we will find out which 3 players CSK will target in the upcoming IPL auction.

Sam Curran played for Chennai Super Kings in IPL 2020 and 2021. Over the past two years, Curran has scored 242 runs and taken 22 wickets for the team. Despite missing the IPL 2022 due to injury, the England all-rounder has regularly played with the national squad.

The English all-rounder is also the IPL’s youngest player to score a hat-trick. In a group-stage match against Delhi Capitals during the 2019 competition, he accomplished the milestone while playing for Kings XI Punjab.

Going into the IPL 2023 auction, Chennai Super Kings need an international fast bowler who can bowl well in death overs. Unlike other candidates, Sam Curran genuinely fits all the criteria in the auction.

After a marquee performance in the T20 World Cup 2022 where he was adjudged the player of the tournament for England. CSK will likely chase their former player Curran yet again in IPL 2023 auction.

The tall and lanky pace-bowling all-rounder has yet again registered for the IPL 2023 auction. As of now, Kyle Jamieson has played nine IPL games and claimed nine wickets. In these games, he has contributed 65 runs with his bat as well.

His pace and bounce caught quite a few eyeballs when he made his International debut against India in February 2020. During the 2021 IPL season, Jamieson played for the Royal Challengers Bangalore.

Royal Challengers Bangalore signed him for INR 15 crore (USD 2 million approx). It will be an epic battle at the IPL 2023 auction among various franchises to sign Jamieson. And the Chennai Super Kings will be one of the top contenders looking to sign him.

One of the most valuable players in the world, Ben Stokes has registered for the IPL 2023 auctions. As a result of Stokes’ contribution to England’s victory at the 2022 T20 World Cup final, his stock has risen further.

Last season, Stokes decided not to play in the IPL. It was because he had taken a break from playing competitive cricket to concentrate on his mental health.

CSK must improve its middle order and also find a player to support Ravindra Jadeja and MS Dhoni in the death overs. Ben Stokes may not be the best option for such a role, but he is among the best available in the market. In addition, Stokes adds great value with his bowling.

When David Wiese signed a three-year contract with Sussex at the age of 31, he followed his countryman Stiaan van Zyl in the notable exodus of South African players to county cricket in the 2016–17 season. Wiese had not competed in an international cricket match since March 2016. Instead, he chose to play for Kolpak despite being named in the home T20I series against Sri Lanka.

Due to his background, he was qualified to play for Namibia five years later. In his debut game for Royal Challengers Bangalore in the Indian Premier League in 2015, Wiese picked up four wickets and scored 47 runs. However, he was unable to prevent a loss. Wiese spent two seasons with the team before they released him in 2017.

With his recent success with the Namibian national team, many franchises, including CSK, would look to get him on their team if they don’t get any other marquee all-rounder.