A squad of India’s players for the 2022 Asian Cup 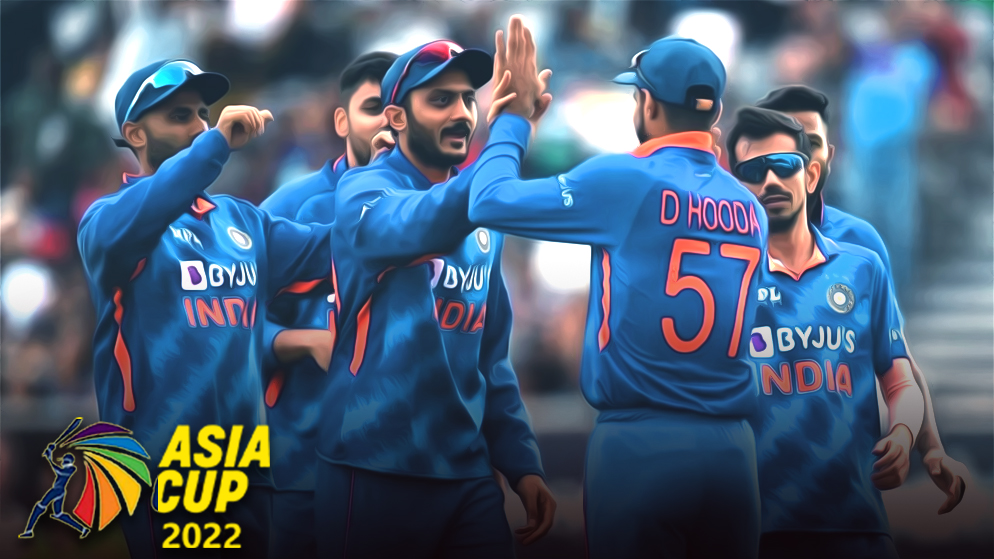 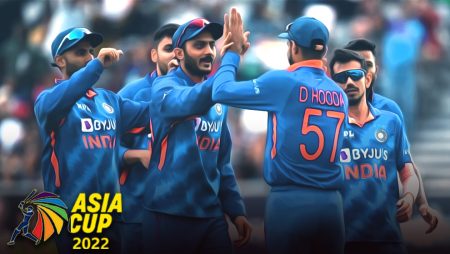 Asia Cup 2022- The 13th edition of the Asia Cup is set to begin on August 27 with Sri Lanka (SL) and Afghanistan (AFG) starting the league stages in the first game.

Sri Lanka is the host of the Asia Cup 2022. Also, they were set to hold the tournament in their own country. But due to the political turmoil in the country, the tournament has been shifted to UAE.

Till now, there are 17 completed tournaments held before that. India is the most successful team, winning the title 7 times out of 12 appearances.

The host country Sri Lanka played the most Asia Cups (14) and is the 2nd most successful team after India, winning the title 5 times.

For the Asia Cup 2022, The Board of Control for Cricket in India has announced the squad for the marquee tournament.

Two of the premium batters Virat Kohli and KL Rahul are back in the squad for the Asia Cup 2022. Both will straight fit into the XI when Team India plays their first game against Pakistan on August 28.

V Kohli took a rest after touring England for a one-off test and the three-match ODI and T20I series. KL Rahul is back after a long injury and also a COVID break.

India’s premier fast bowler J Bumrah has been ruled out of the Asia Cup 2022 due to a back injury. The T20 specialist H Patel is also ruled out due to side strain.

Both are an integral part of the team as far as T20Is are concerned.

Surprising omissions from the squad

There were some surprising omissions from the squad as M Shami and S Iyer have not been included in the 15 men’s squad. Although, the latter has been selected as a backup and will travel with the team as well.

M Shami has been excellent for Team India in all three formats for the last few years. He has shown his skills in the IPL as well. The only concern is his death bowling. He is very good in the death-in patches. He has a very good yorker and so much experience bowling in tough situations. But he is not consistent enough as far as the team management is concerned.

There are a few other options as well and the selectors have gone with those players.

Shreyas Iyer is a very talented explosive batter and has done well for Team India and for his franchise Delhi Capitals in the IPL (Indian Premier League). But he is also not a consistent performer as well.

Also, if the team wants him in the XI, he should be in the top 4 in the batting lineup. But with KL Rahul and V Kohli coming in, his place is not there as the two are one of the best batters for Team India.

Just like before ICC T20 WC 2021, R Ashwin is back in the mix of the Indian T20I team. The off-spinner has been in and out from the limited overs format after the ICC Champions Trophy 2017. But the team management brings him back for the Asia Cup 2022. Maybe because he has so much experience and he has done well in the past for India in a big tournament. There will be some assistance also in UAE for the spinners as well.

Also, there will be a fight for a place between R Bishnoi and R Ashwin when Team India go to Australia for the WC 2022.

A Khan will be one of the pacers in Asia Cup for India. There are high chances that he will be omitted from the T20 WC squad after both the bowlers are back from the injury.

Certainty in the team

There are few players like V Kohli, KL Rahul, R Sharma, SK Yadav, R Pant, H Pandya, R Jadeja, B Kumar, and Y Chahal who were certain to get a place in the Asia Cup 2022 squad.

Arshdeep Singh has been rewarded a place

After his outstanding run in the last couple of IPL seasons and for Team India recently, rewarded a place in the team.

He can swing the new ball both ways and he bowled well in the death overs. The pacer has a big shoe to fill in Asia Cup 2022 in the absence of J Bumrah and H Patel.

D Karthik has also done well and earned his place in the team after an outstanding performance in the IPL as a finisher. It will be interesting to see if he can get the XI in the first game.

Team India will start its campaign against the arch-rival Pakistan on August 28. Dubai International Cricket Stadium, Dubai will be the venue for this high-pressure game.

On September 11 at the same venue, the final of the tournament will happen.

Before the league stages, there will be qualifiers which will commence on August 20. Four teams will look to qualify for the next round. The four teams are Singapore, Hong Kong, United Arab Emirates (UAE), and Kuwait.

Singapore and Hong Kong will start the preceding in the Asia Cup qualifiers. Al Amerat Cricket Ground (Ministry Turf 1), Al Amerat will be the venue for all the matches in the qualifiers. Two of the four teams will qualify for the next round.