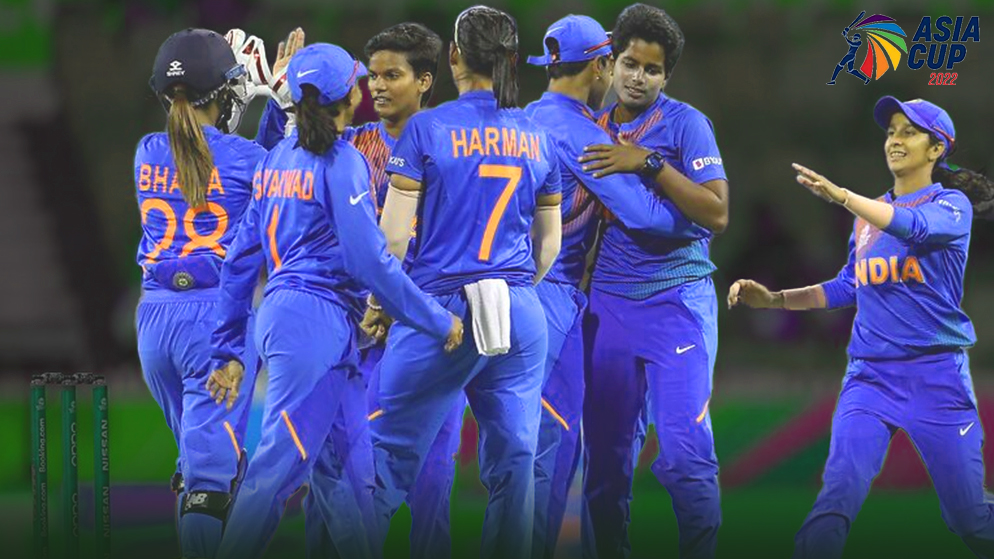 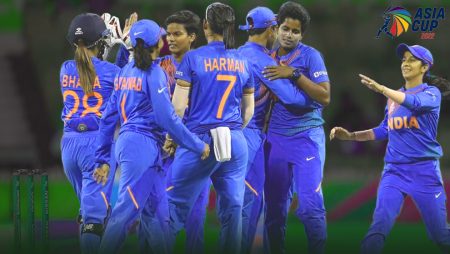 The India women’s team, led by Harman Preet Kaur, is gearing up for the Women’s T20 Asia Cup starting in October.

The Indian women’s team has been in top form in the shortest format after nearly defeating Australia in the Common Wealth games in Birmingham.

After the retirement of the legendary Mithali Raj, Harman Preet Kaur led the side to dominant victories in Australia, England, and the Multination tournaments.

Harmanpreet Kaur’s team will play six league games in the tournament before the knockout matches.

India has had a huge success in the Women’s Asia cup history having won the title six times. India has won the Women’s T20 Asia Cup twice and lost to Bangladesh in the 2018 edition in the finals.

BCCI announced the 15-woman squad for the Women’s T20 Asia Cup on Wednesday. Harman Preet Kaur will lead the team, and Smriti Mandhana will be her deputy.

The Indian team has performed exceptionally well under head coach Ramesh Pawar. Young, talented players are coming through the ranks and performing in crunch situations.

Batting has always been a strength of the Indian team in the shortest format. Young batting sensation Shafali Verma can smash the ball a long way. She has been out of form of late.

Smriti Mandhana has been in sublime form since 2022. She has dominated against every team that India has faced in 2022. Mandhana is the leading run-scorer for India in T20 internationals. Her experience is something that makes the difference.

The middle order batters, Jemimah Rodrigues, Harman Preet Kaur, and Deepti Sharma, are the most experienced.

Harman Preet Kaur, the Indian captain, has been part of the team since 2008. Chamari Atapattu is the only other player to feature in the tournament since the very 1st edition.

Richa Ghosh and Pooja Vastrakar are the pinch hitters in the squad. They can hit the bowl a long way.

The Indian fast bowling attack has been lethal. Renuka Singh has been unplayable alongside Meghana Singh.

Renuka Singh Thakur will be the key player for India as teams like Bangladesh, Sri Lanka, and Pakistan are not good sides that can handle swing. I

India can rely on Pooja Vastrakar’s sharp bouncers and fast yorkers at the death.

Spinners are the key to success in Bangladesh.

In Asia, spinners play a crucial role in the outcome of the match as the bowl turns a lot. The pitches in Bangladesh are turning tracks and spinners will enjoy the turn.

Sneh Rana, Deepti Sharma, Radha Yadav, and Rajeswari Gaikwad are the four spinners in the squad. Sneh Rana has been India’s best spinner bowler in the middle overs alongside Deepti Sharma.

India has a very good record against all the teams that are part of the Women’s T20 Asia Cup. India women have won 10 of the 12 matches against Pakistan in T20 internationals. Pakistan’s women have secured just two victories.

India has faced Bangladesh 12 times and has won 10 matches against the defending champions. India faced Sri Lanka on 20 occasions in the shortest format and won 16 games. Sri Lanka managed to win four games.

The Women in Blue will start their Women’s T20 Asia Cup campaign against Sri Lanka. India has an easy task as they face the inexperienced Malaysian team in their second match.

In the final league game, India will face off against Thailand on October 10th. India’s route to the finals looks very easy. As they have two tough opponents to beat and a potential opponent in the final.